Articles in the Fall 2020 Canadian Hog Journal Include: 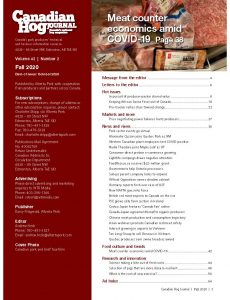 Research and Innovation: Science Taking  Bite out of Feed Costs, Selection of Pigs that are More Disease-Resilient, What is the Cost of Sow Exercise?